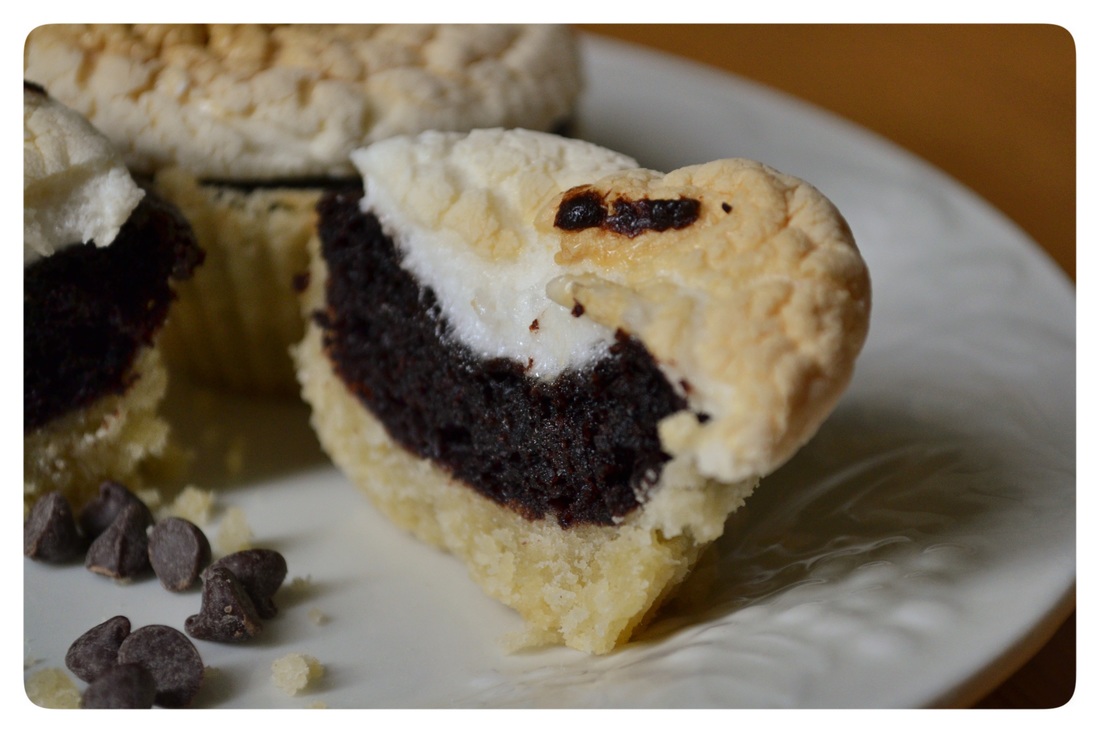 These S'more Cupcakes are perfect for any season! Whether it's cold outside and you want some s'mores but can't use your fire-pit, or it's summer and you just don't want all the smoke, these cupcakes will combine your favorite part of the s'mores. And they're vegan! Your guests will never know. That is until you tell them after they've tried a bite. Anyone else do that? Anyway, let's get down to the exciting part. The recipe and pictures!
Ingredients

"Graham Cracker" Crust
Combine the dry ingredients and then mix in the soymilk with a fork. Press the crust into the cupcake liners. Be sure to coat all up along the sides as well as firmly into the bottom. See the photos below for examples. Bake in the oven for about 8 minutes. While they are baking make the Classic Chocolate Cupcakes.

Classic Chocolate Cupcakes
Preheat over to 350 F. Mix your milk and apple cider vinegar together and set aside to curdle. Mix your sugar, oil, and vanilla together in a large mixing bowl. Add flour, cocoa, baking soda and baking powder. Mix together. Before filling the crust push them down. After baking they will seem fluffy. I used a ladle to push the crust flat. Fill the cupcake liner + crust fairly full. As you can see in one of the pictures below I filled most of them nearly to the top but one I filled a little too full. As it turned out, the one that overflowed a little actually looked nicer after it was baked. Bake the cupcakes for about 14 minutes. Take them out of the oven and let them cool for about ten minutes.

Marshmallow Topping
After the cupcakes have cooled for about ten minutes set the marshmallows on top. Place the marshmallow so one of the circular sides is on the cupcake. Place the cupcakes back in the oven. Depending on the type of marshmallows the cook time will be different. Keep a careful eye on the marshmallows so they don't catch on fire or overcook. They are ready to take out of the oven when they get huge (like about the size of a child's fist) and look like they might explode. I was disappointed I didn't get a picture of them like this as after just a few minutes they will shrink down.


I think these taste better the second day. Let me know what you guys think of the recipe and thanks for visiting Alysa's Cupcakerie! 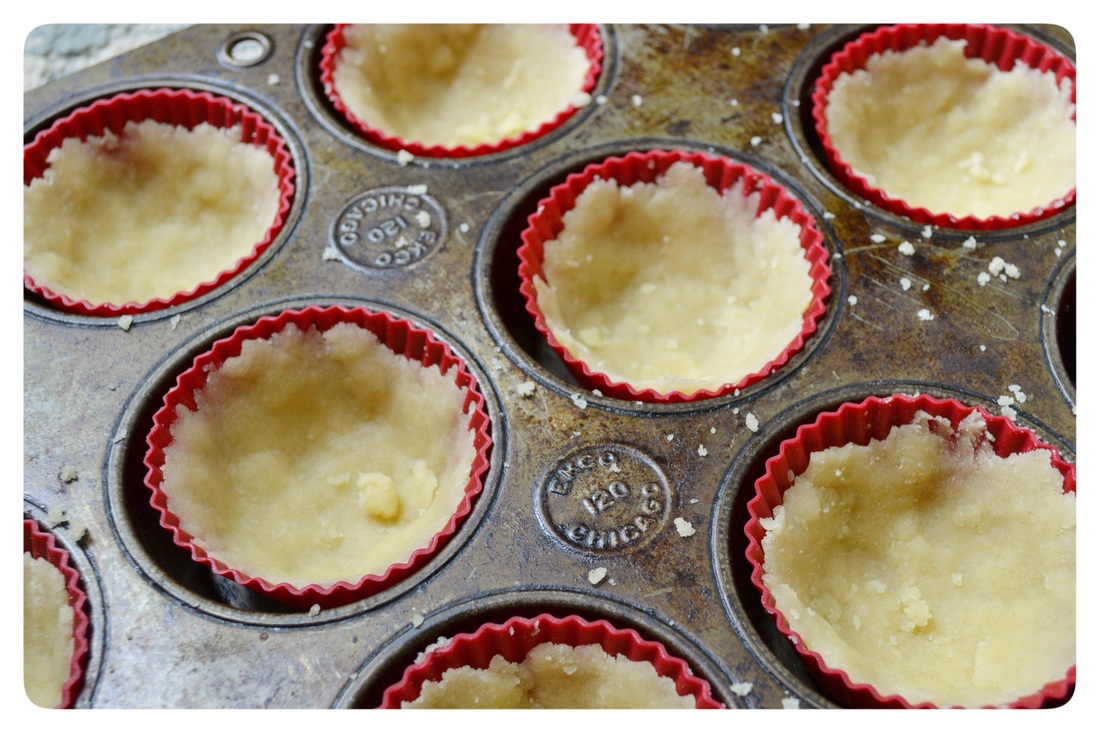 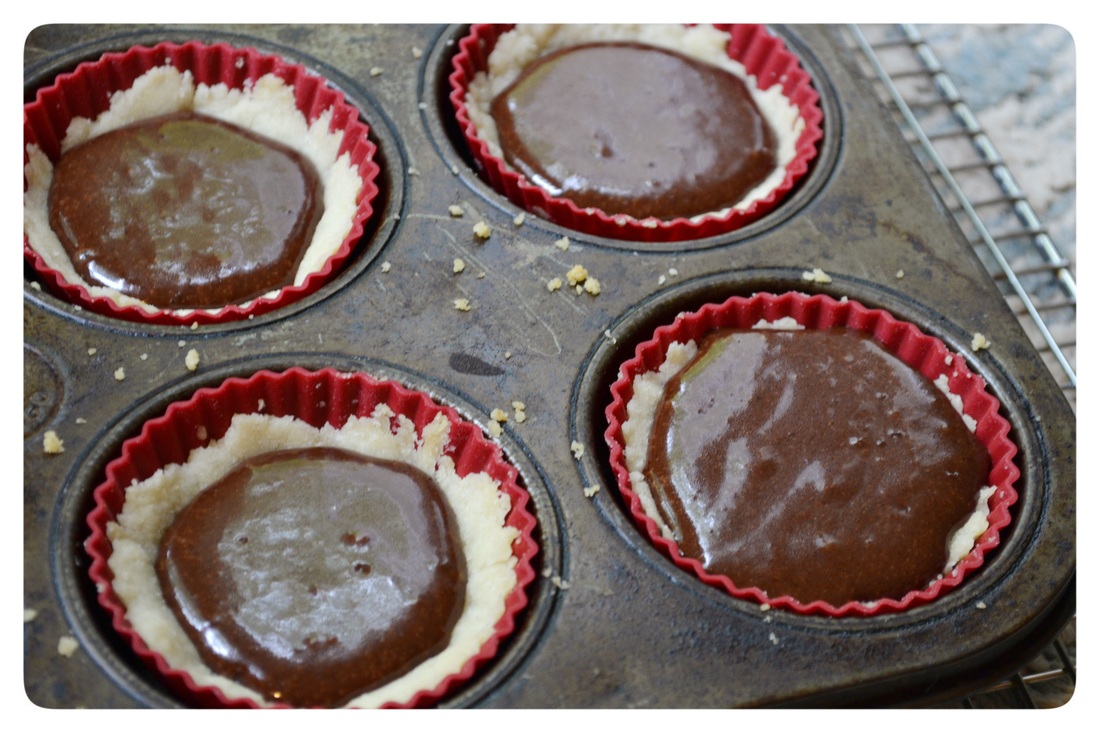 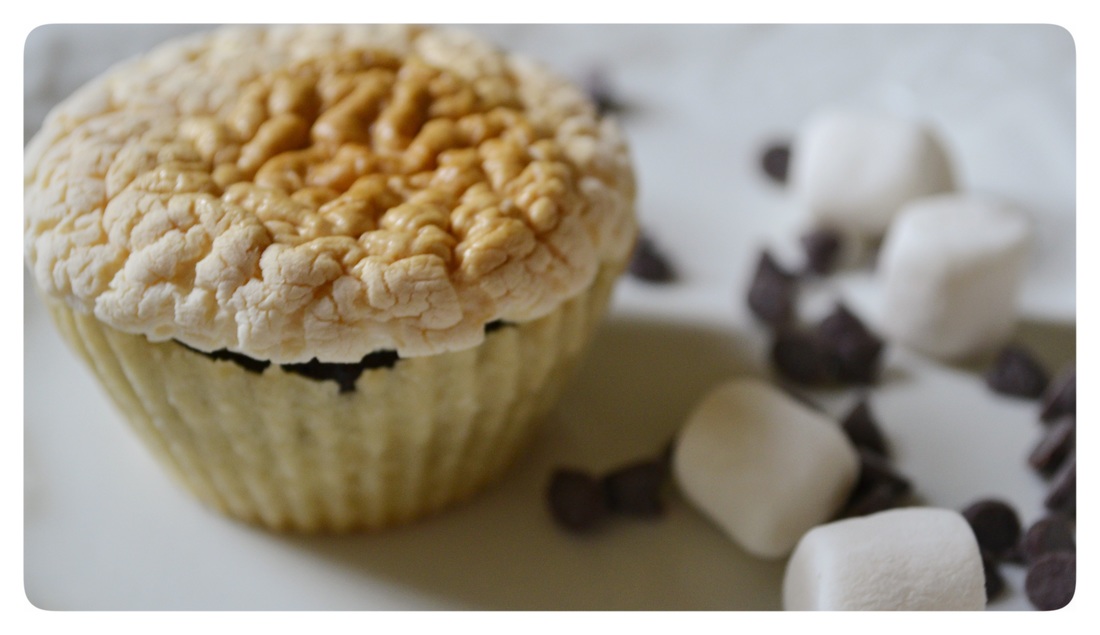 Create your own unique website with customizable templates.
Alysa's Cupcakerie